Posted by Helena Saxberg on July 15, 2015
Yesterday, I called for sucking pig (Maiale di Latte, in Italian) recipes on Facebook and I got one from my friend, who recently retired from a diplomatic service and remained in Athens, Greece. Along with the recipe, she also send me "Sad greetings from Greece, where everyone is depressed". I wrote back saying that, "I am sorry. It is a disaster. Also in Finland. We have a lot of unemployed people, and we don't have money to waste on [additional] Greek [loans]".
Why would Finns want to sacrifice their own well-being only to bailout the Greek for the 3rd time?! It is pure madness! Finland is known as The Country That Paid its Debts whereas Greece has always been a weak state with a track record of unpaid dept. I would go as far as claiming that Greece is today a Failed State, thus not a Sovereign State, therefore it should be tightly controlled and managed by the EU. The sovereignty is lost as Greece is unable to govern itself e.g. making, executing, and applying laws; imposing and collecting taxes; and forming and conforming with international treaties. 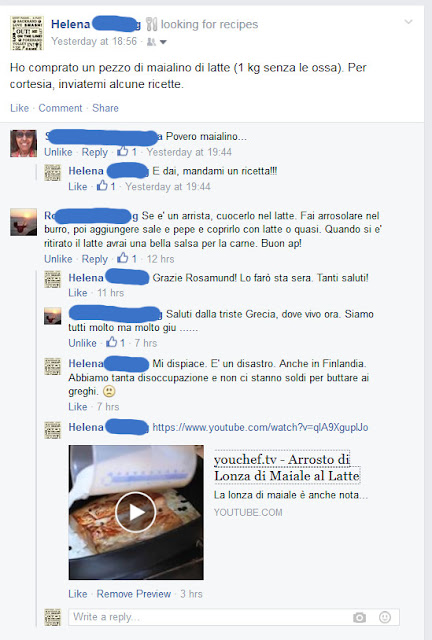 To put politics apart, tonight I prepared Maiale di Latte with Savoy Cabbage and Potato Bake. For the suckling pig, I used a traditional Italian recipe with cloves, juniper berries, cropped onion, bay leaves, salt, pepper and full fat milk. To prepare the suckling pig and the sauce, watch this YouTube recipe. I also prepared a little salad with tomatoes and cucumbers, which I seasoned with sumac, salt, pepper, and extra virgin olive oil.


As a side dish, I improvised a Savoy Cabbage and Potato Bake, which turned out to be scrumptiously delicious with the sauce, which was made by the cooking liquids of the suckling pig!

Start by slicing the potatoes with a mandolin. 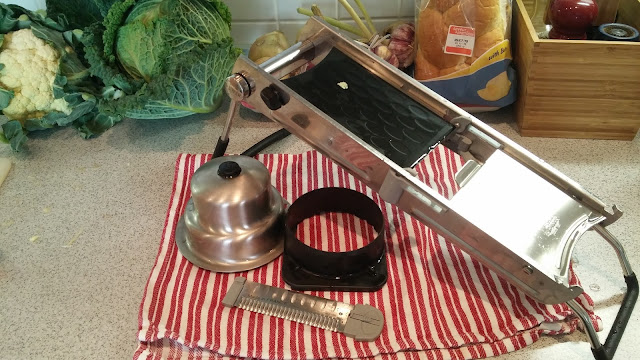 Then put the potato slices into boiling salted water for two minutes. Strain and set aside. 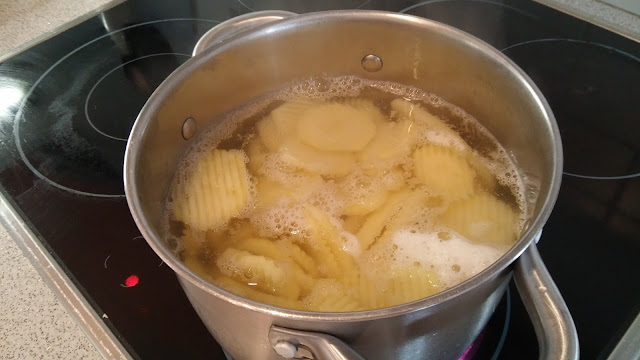 Now chop, blanch, strain, and then set aside  Savoy Cabbage. Simultaneously brown some garlic in a pan with some butter. (Remove garlic before placing the cabbage in the pan for a quick stir-frying.) 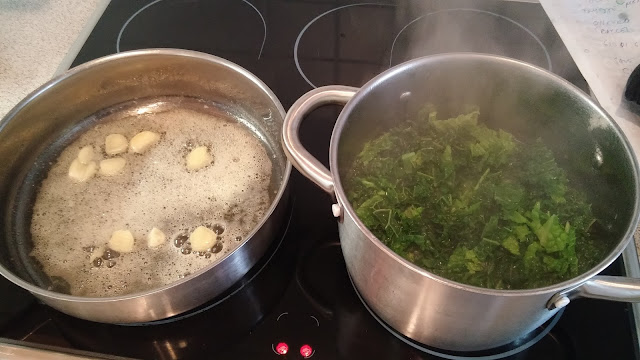 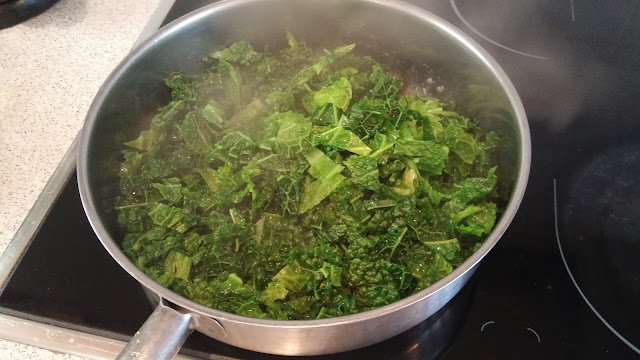 Whisk together two eggs and 5 dl of light (15 % fat) cream. Also grate in 200 grammes of young Cheddar cheese.  Season with salt and pepper. 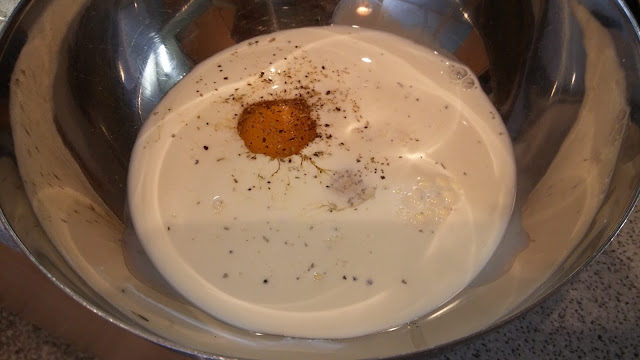 Penultimately, mix the potatoes, cabbage, cheese and egg-cream in a bowl. Season with salt and pepper. 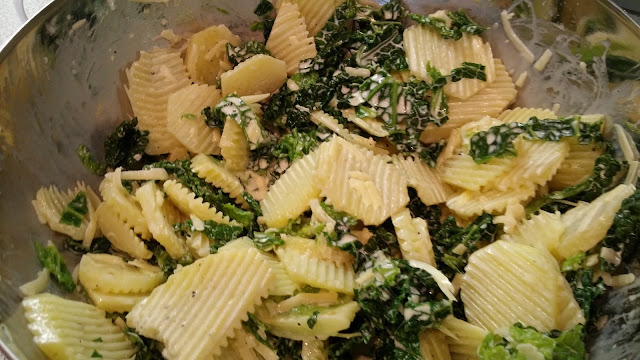 Finally, grease some ramekins, and.... 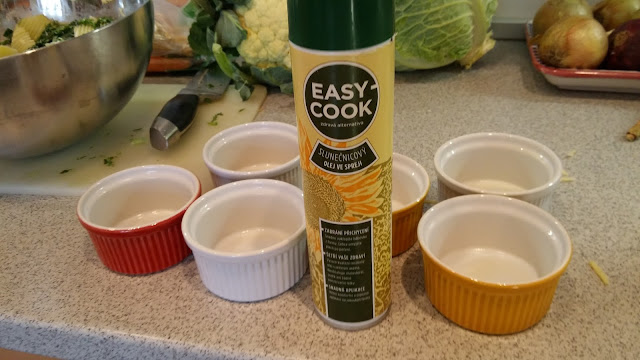 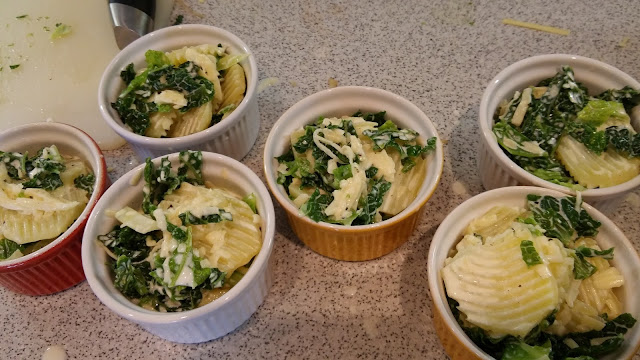 As I made a quite a big batch of the mix, our lunch for tomorrow is sorted out! 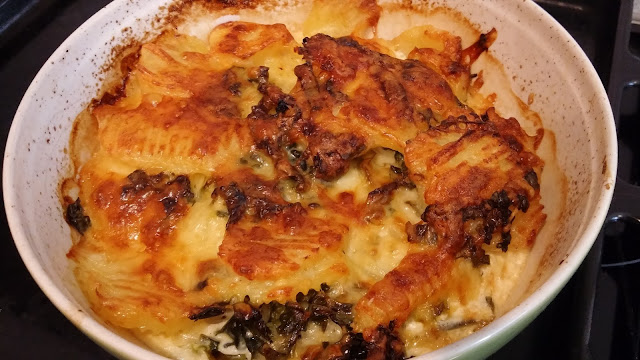