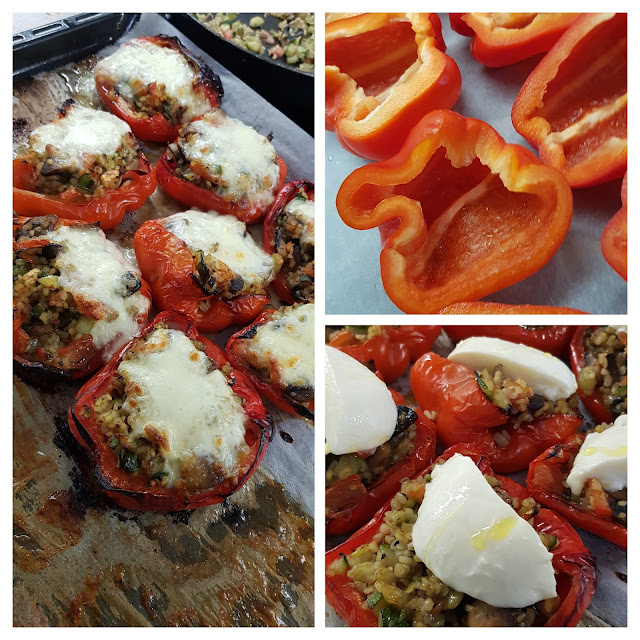 Yes, for dinner tonight our teenagers prepared stuffed bell peppers. Instead of rice, they used bulgur as it works better and has a nicer texture. No meat involved in making of these either, so these suitable for vegetarians. If you want vegan, leave the mozzarella out.

Plus you need:
Bake in 170 degree Celsius oven until mozzarella is melt. 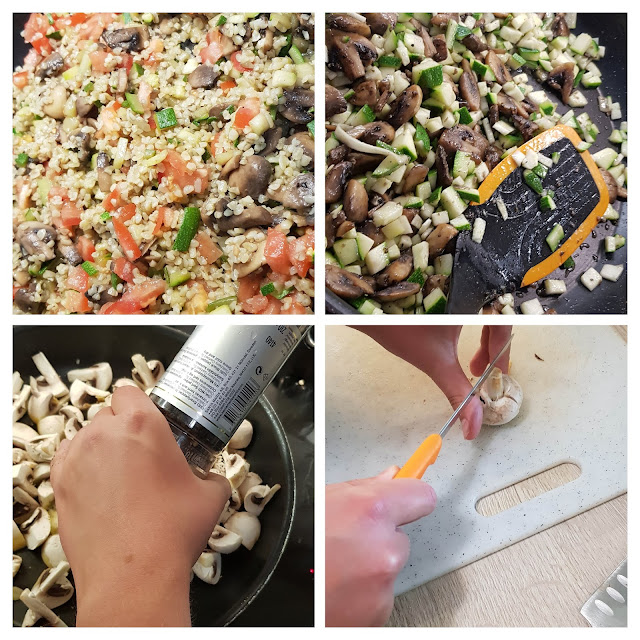 Alternatively, you can stuff bell peppers with couscous, anchovies, capers, cherry tomatoes, EVOO, garlic and s&p. I prepared them like this in June 2014, and they were very tasty.  I suppose you could even stuff them with lentil stew or with anything, really! 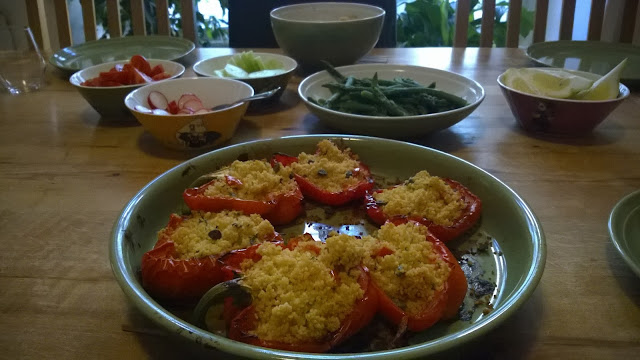