My Indonesian friend gave me a pile of locally curated spice mixes the other day. So, yesterday I cooked pork rendang using a sachet of rendang spices by the Kokita brand. I suppose Indonesians tend to use more beef and chicken than pork.🙈 As I almost never follow recipes literally, I started cooking rendang by making a soffritto of chopped onions and fresh turmeric. For frying I used sunflower oil. (I put apart couple of teaspoons of this soffritto for the cooking of the rice later.)

As I started to brown the pork meat, I added also in chopped red and green bell peppers and cherry tomatoes. After a while, I squeezed in also the contents of the little rendang spice sachet and continued frying the mix for about 10 minutes. Then I poured in about 6 dl of boiling water and half a tin of coconut milk and I let it simmer for about 40 minutes without the lid.

As I started to prepare the rice, I put a lid on the rendang pot. For my rice, I first finely chopped a carrot and red and green bell peppers. Then I put a teaspoon of sunflower oil in the pot followed by the chopped carrots and bell peppers, and that soffritto that I had put aside earlier. I also mixed in the black rice (3 dl) and continued to stir-fry until the rice was well-coated with vegetables and oil. Then I added in enough boiling water to cover the rice. I cooked the rice first on full-blast, and then lowered the temperature to minimum and put the lid on. The black rice took about 14 minutes to cook al dente.

Whilst I was chopping my veggies, I also cut into French fry shapes a butternut squash that really needed using up. I coated the butternut squash fries with extra virgin olive oil and a teaspoon of  caraway seeds, and baked them in the oven until caramelized.

As plating up dishes is not my strength, I used a stainless steel ring to plate up the rice and butternut fries with a restaurant-style panache and then added some of that really delicious rendang pork stew on the plate. It was really delicious. After squash this afternoon, our boys were quick to finish the leftovers. 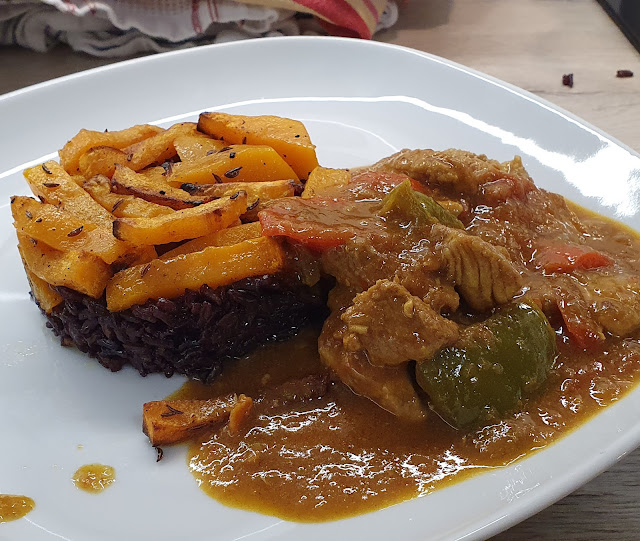 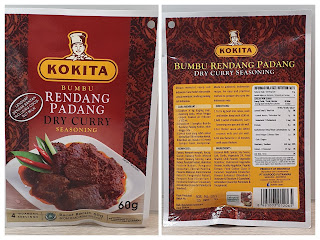 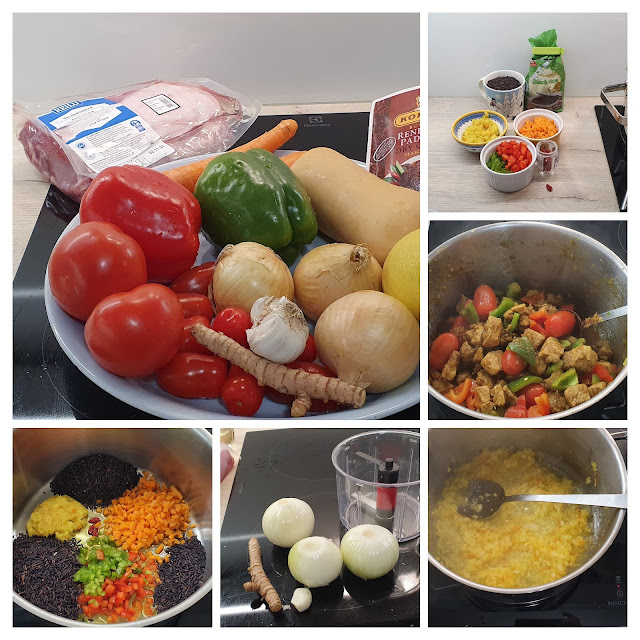